A city full of stories

Helen Liebendörfer, an enthusiastic city tour guide, author of history books and holder of an honorary doctorate from the University of Basel, knows Basel’s stories like few others. “There is so much exciting information to discover here that my love for the city has grown over the years”, she says. She takes us to City Hall, the market women at Marktplatz and the Pfalz terrace, where she particularly likes to evoke days gone by.

“Whether it's my knowledge of historical events such as the murder of adulteresses in the Middle Ages or simply the open view over the Rhine, which is the artery of the city of Basel: when I cross the Mittlere Brücke I am usually nostalgic, reflective – and also proud. Basel hides so many stories and there are relics and memories of days gone by at almost every corner.

Just a few hundred metres further on, I reach the Marktplatz (Market Square). Here, where market women from the Alsace and the Markgräflerland region used to sell vegetables, fruit and bread, today the atmosphere is still very social. People know each other, greet one another and have time for a short chat. I like to let my trusted “market woman” advise me and so for dinner there's either a vegetable stew with pumpkin, stuffed tomatoes or a fresh herb salad.

As soon as I've done my shopping I make sure to visit the City Hall. The red sandstone building on Marktplatz is very striking. In the inner courtyard I see the – presumed – founder of the city, Munatius Plancus, high on his plinth. Because the statue of this Roman commander is so prominently positioned in the City Hall courtyard, many visitors think that Plancus was the founder of Basel. But that remains a myth. It has been proven that he founded the Roman colony Augusta Raurica in Augst.

Many people don’t know that the City Hall conceals a public «secret passage». It leads from Marktplatz to the Martinsgasse, the heart of Basel’s Old Town.

But I also like walking in the opposite direction to Spalenberg where tailors, shoemakers and milliners used to have their workshops. These buildings dating from the 15th century now house small boutiques, bakeries and restaurants. I find the Christmas house of Johann Wanner particularly impressive. Mr Wanner has had a shop here for 50 years where Christmas decorations can be purchased all year round.

My route takes me across Barfüsserplatz to the Tinguely fountain. The Swiss artist Jean Tinguely created the fountain – whose ten sculptures spout water – in 1977 and thus gave Basel a new landmark. The pieces represent the actors and dancers who stood on precisely this spot at one time. This is where the former Theater Basel was located before it was moved a few metres further away and replaced with a new building in 1975.

One of the city’s oldest buildings is the cathedral. It is already 1,000 years old. Many of my walks lead here to one of my favourite places in the city: the Pfalz terrace. Directly behind the cathedral I let my gaze wander over the Rhine, the Kleinbasel bank, the bridges and the surrounding hills, and I’m sure that I’ll experience many more stories here.” 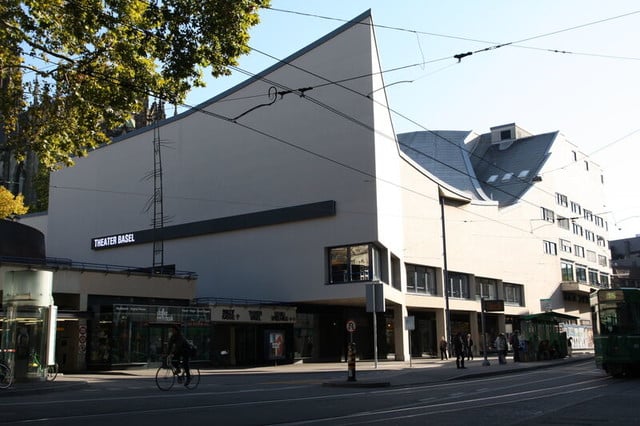 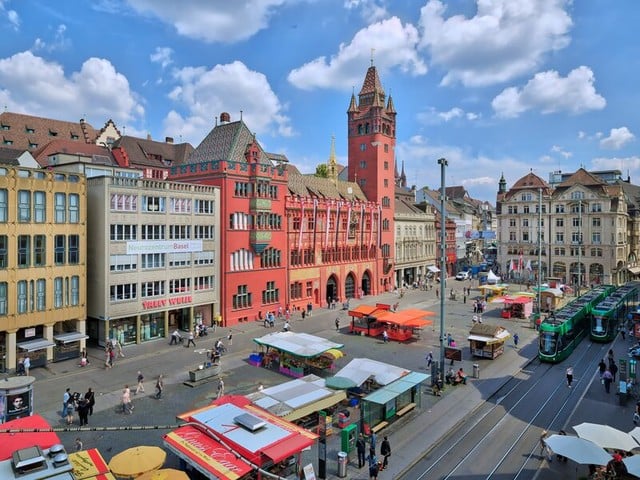 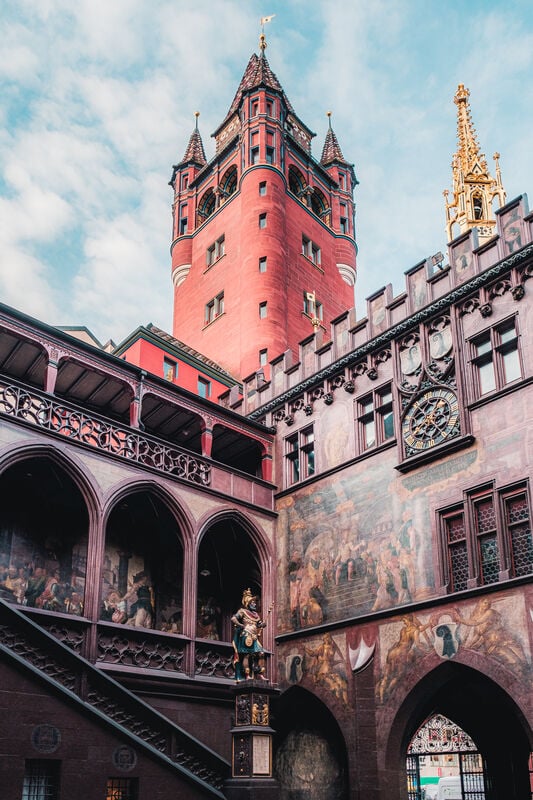 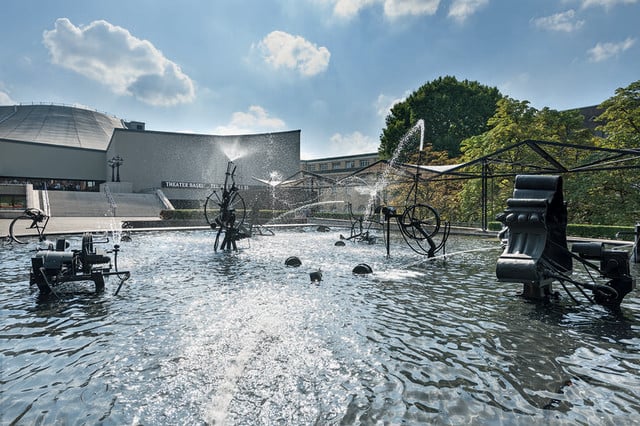 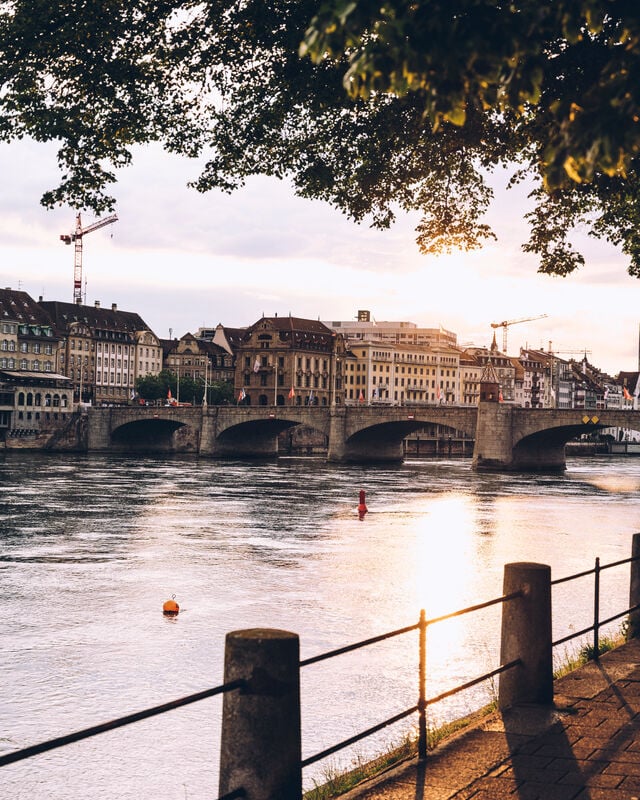