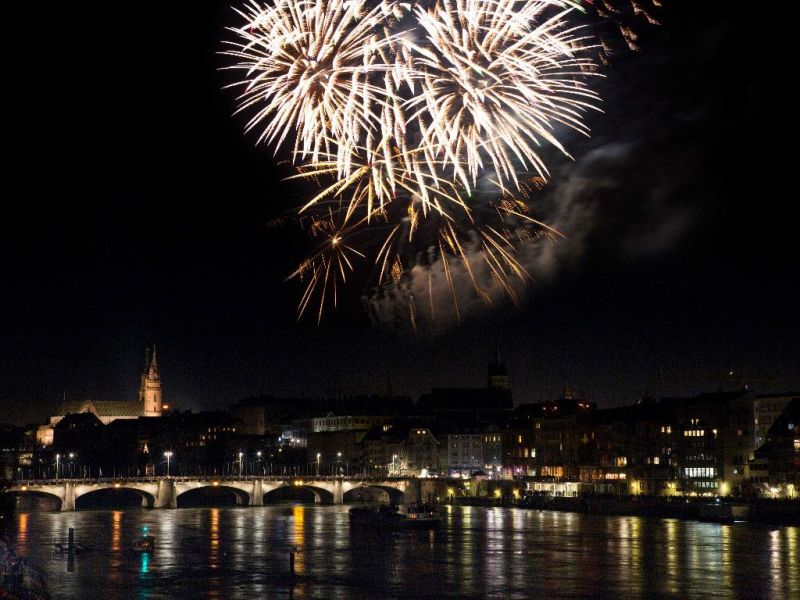 Basel traditionally begins its celebration of Swiss National Day on July 31 with a city festival on the Rhine.

More than 90 food stands and sales stalls, as well as numerous music stages and performances set the mood on both sides of the Rhine until 2 o´clock the following morning. The festival area stretches along the Kleinbasler side of the Rhine from the Johanniterbrücke to the Wettsteinbrücke, and in Grossbasel from the Johanniterbrücke to the Mittlere Brücke, and from the harbour to the Marktplatz.