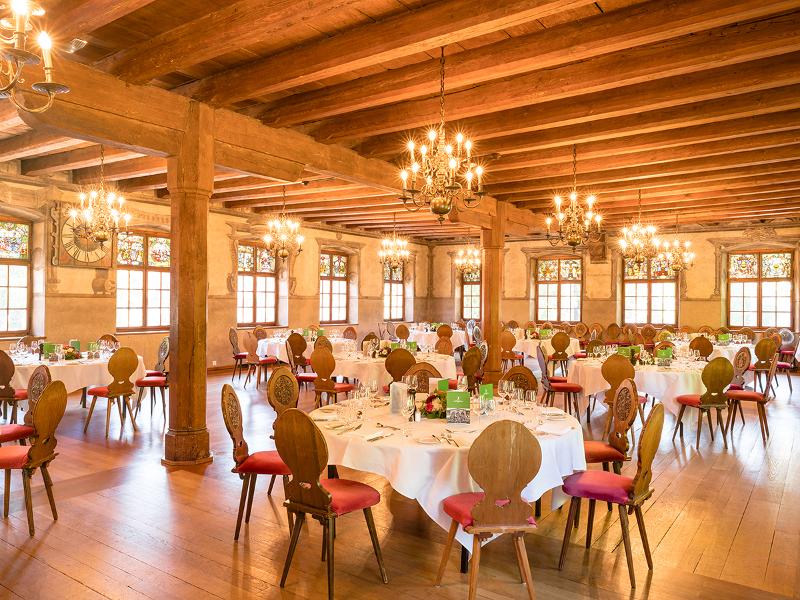 Restaurant Schützenhaus dates back to 1564. In the almost 500 years of its existence, it has played a role in the city's history and has also seen turbulent times. When the lower part of the city flooded, for instance, it offered people refuge as a dormitory; during the French Revolution, it provided troops with a roof over their heads.

The Association of Riflemen, established by the Basel Guilds in 1466, is still an active shooting society today and upholds the historic marksmen’s traditions. It owns the traditional restaurant where the cuisine meets discerning culinary tastes. In summer, the leafy garden under the chestnut trees is a great place to spend time, while in the winter months diners can eat in the “Schluuch” or the garden room.

Maximum number of people depending on seating arrangement

Inquiry to the Location